Checking https://github.com/diracdeltas/FastestWebsiteEver was on my TODO list. Let’s see some details in Wireshark and review some TCP/IP details. 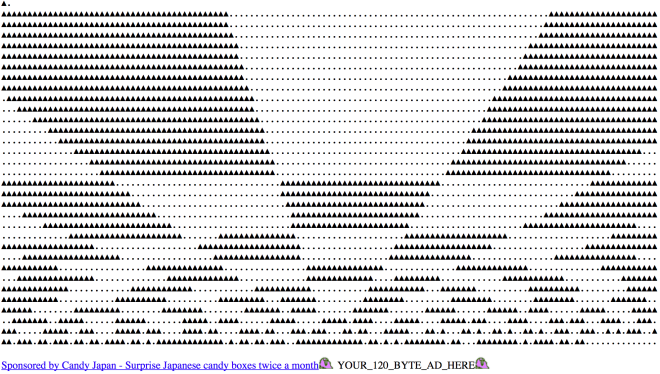 You can check http://packet.city/ if you want to avoid setting up the service yourself.

So you open Wireshark and you start capturing. Visit http://packet.city and you can use a Wireshark filter for the resolved IP for packet.city.

The project states that it is “the greatest website to ever fit in a single TCP packet”.

Is it true? Let’see what it needs: I can see 9 packets and some details.

Like any normal TCP connection we start with a 3-way handshake:

We’ve finished with the 3 first packets. The fourth one is the GET request.

Notice that Push flag is enabled (PSH) and also ACK as with any exchanged packet during the communication.

In HyperText Transport Protocol we can see the sent HTTP request:

Next packet is the HTTP GET response:

I think PSH is enabled because Nagle’s algorithm is disabled as the project describes too.

In Hypertext Transfer Protocol section we can see DEFLATE compression is being used, again exactly as described in README.

The maximum would be 1460 bytes for content and 40 bytes for IP and TCP headers. 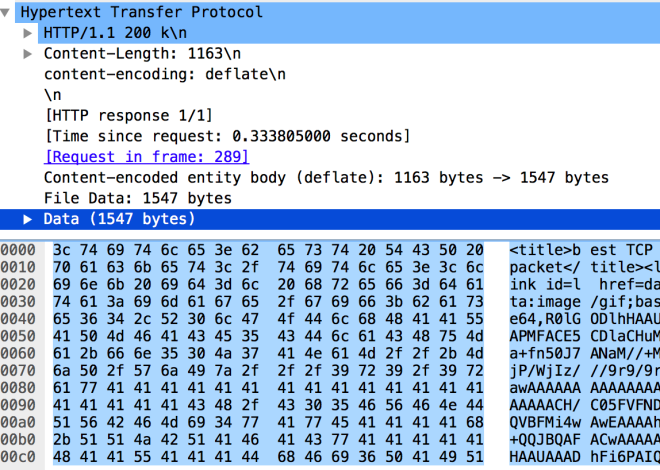 About the HTTP response content, it’s easier seeing the source code in the browser, there you’ll see: 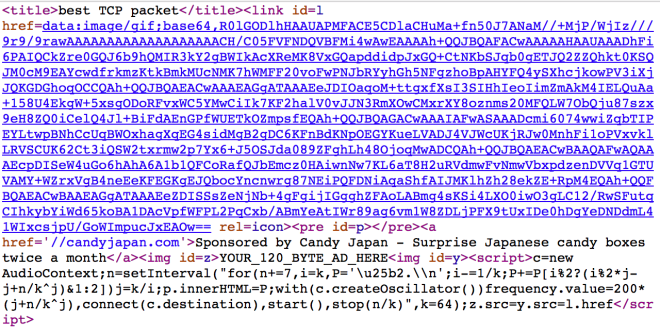 Finally last 3 packets. Server resets the connection with RST packet. I guess they could use FIN but RST is quicker. More about FIN vs RST.